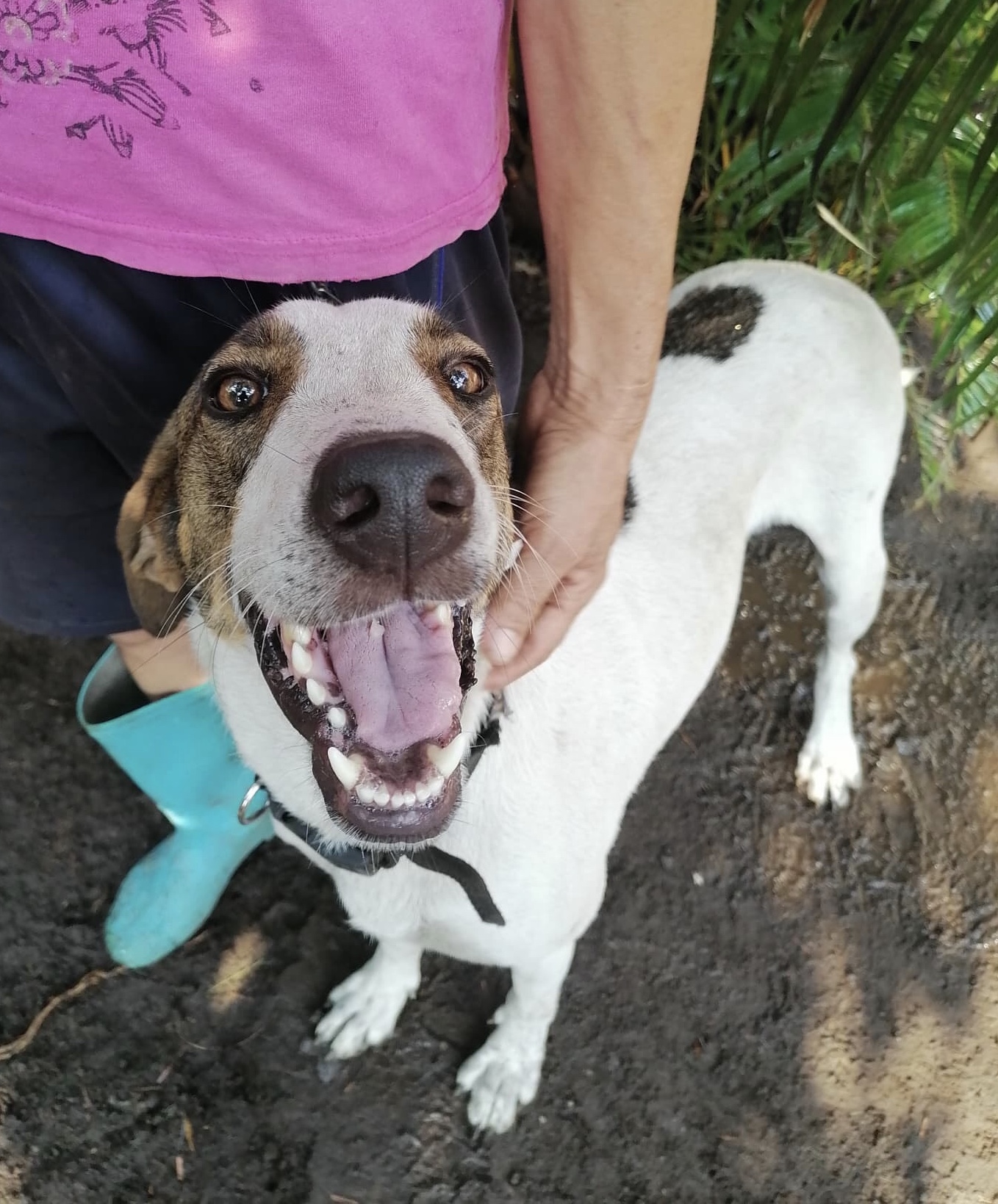 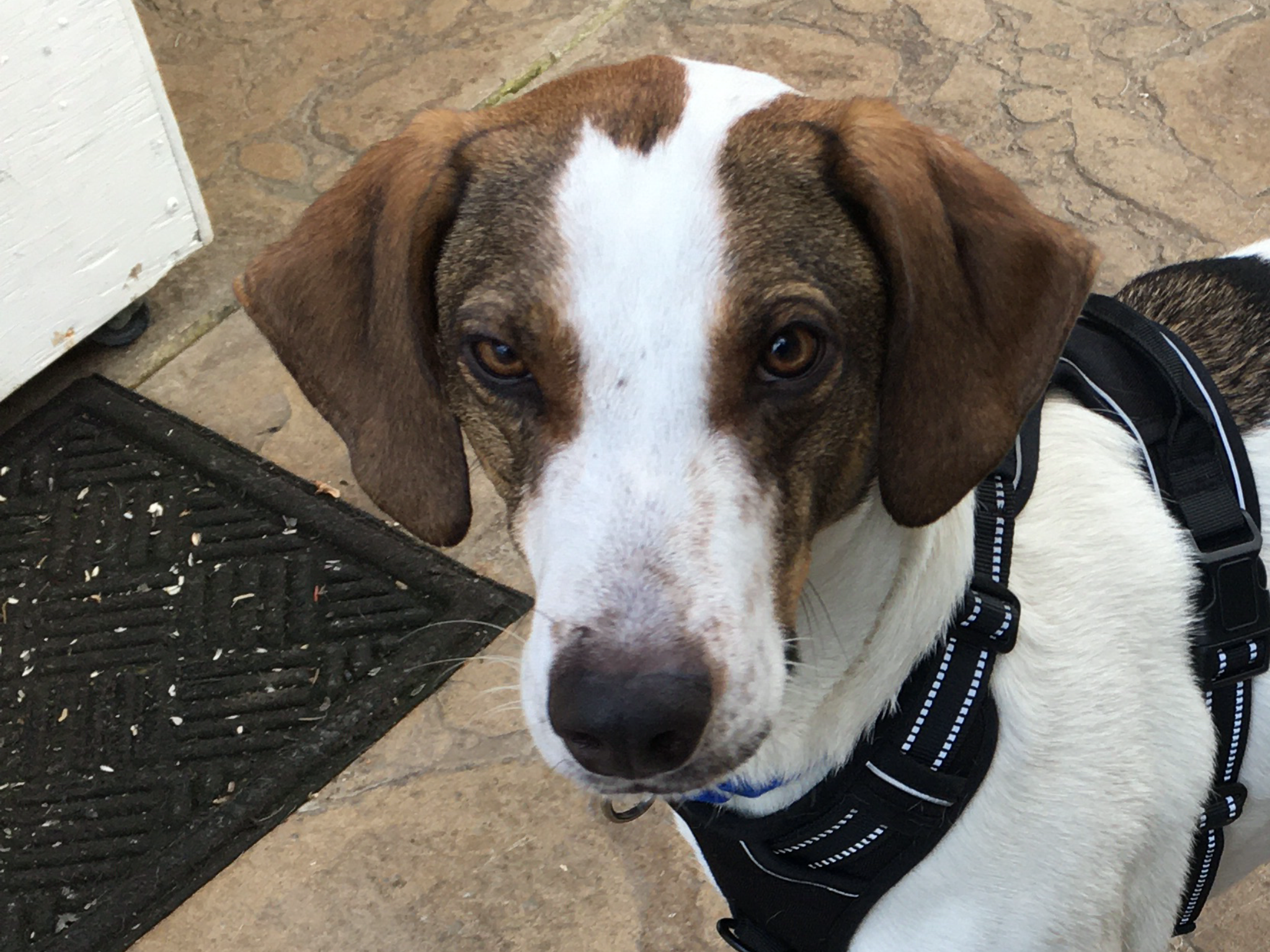 Have you ever wondered what Scooby Doo crossed with Jughead would be like? Well, wonder no more, because Papi is the perfect combo of the two comic characters. As loyal and lovable as Scooby Doo, and as clever, clumsy and nonchalant as Jughead, Papi came to FDC when he and his sister Laurel were only a few months old. The pair were living a sad life on the streets, scrounging for food to survive, when they were picked up by the “mystery machine” aka the FDC van. Laurel was adopted and Papi waited for his chance at a home for two years before finally being chosen and brought to Canada. Unfortunately, Papi’s new home wasn’t the best fit for him and he has been fostered in BC while waiting for another match.
Papi is now approximately three years old and is a good boy who has been working on his manners while in foster care. “Scooby snacks” definitely go a long way with him. The following is how he is described by his current foster family. “Papi has an outgoing but reserved personality. Once he’s earned your trust, he loves to be held, petted, scratched and smooshed on. He is very intelligent, learns good habits quickly and is responsive to praise and encouragement. He is also very alert to all movement and curious but not aggressive. For example, when spotting a squirrel in the trees. He will astutely follow that squirrel from branch to branch & then just carry on. Papi will protect passively and is wary at first encounter but warms quickly if ignored. He’s always ready to walk and explore familiar territory and then chill until his next adventure. He’s quiet in the house, letting out an occasional bark when excited. This boy wants to please, he wants a family to love and to be loved on. “
Papi is completely house trained, has learned to ride in a car and sleeps through the night in his dog bed. He would love a large yard to be able to run freely in. If you think you might be the “Shaggy” that Papi has been hoping to go on adventures with, please fill out the adoption form.

Sponsor #1: Lyndsey Paynter Fine Art! Thank you for all of your support!

Monthly sponsors will be acknowledged here. Please indicate in notes at checkout if you want name/city, initials/city, or anonymous.